VIVADO 2020 Does not launch the SDK

I have recently purchased an ZC702 board in order to research Zynq.

Apparently after making all the steps like in the Xilinx video:

the SDK does not launch.

I don't have the VITIS installed, I have only the VIVADO HLS 2020.1.  Should be this the problem ?

Also starting the SDL with TCL command does not work, it seems that "launch_sdk" was removed from the command set... 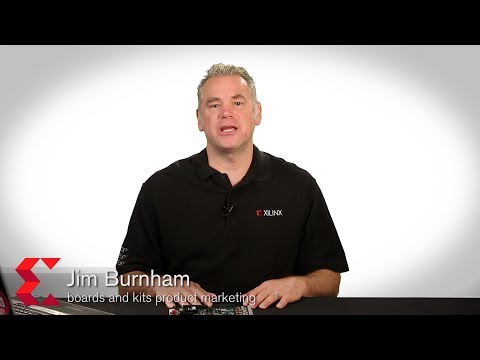 It is by design that Vitis doesnt look different for you.

So, if it's 2020 you have Vitis. And Vitis includes the software development environment, there is no SDK to launch.

In case you installed Vivado, check whether you also installed SDK as I think it's optional.

Thank you for your answer.

It seems so.  I have launch VITIS.

Incredible. I remember seeing in Xilinx download page a note that some Vivado 2018 release would be the last....

I tried Vitis and found many problems... so I decided to go back until they make something good out of it. It looks like they have realized that and kept developing Vivado. And Vitis in the background I assume and hope.

Now about your problem, you should see the SDK icon as well. If you don't, it's not installed, so something happened when installing.

3,880 Views
Jump to solution
Not the last of vivado, the last of the SDK. Vitis is the unified SW development platform, so there is no more SDK. Vivado is the same as always except now it creates xsa's instead of hdf's. I switched to Vitis at the start of a new project and for something like bare-metal or FreeRTOS on the RPU it's not that different AFTER you figure how to generate the project.

Really? I wonder what they have unified... I only needed SDK and Petalinux to make any software for MPSoCs and microblaze, and now Vitis is just SDK with a new face, Petalinux is still a separate thing, where is the "unification"?

I tried Vitis and I realized how messy it is to work with Petalinux, but what turned me off the most was the absence of the very useful Outline panel. A big step back.

It has support for AI, HW acceleration, multiple "platforms" for a single design.  I noticed it will take care of the FSBL and generating the BOOT.BIN.   I'm just using it for a FreeRTOS app on the RPU and don't really use any of the new functionality so can't say how well that part works.

I'm not sure what you really expect between petalinux and vitis?  Vitis and the SDK is for app development, petalinux is for building the distribution.  If I write a simple openGL app  just using vim, I still have to write a yocto recipe to build and install my app.  Petalinux doesn't really do anything for me but I would not expect it to.   If you are just writing a linux app you can use whatever IDE you want, the app guys at my company don't use the SDK.

The one place where I would expect integration is the ability to create/build a linux application or an RPU application created Vitis(or the SDK) from a yocto recipe.   In this area, vitis was even more complicated since tcl scripts that run in standalone won't build within the yocto environment.   It seems likely that there would be a similar problem with a linux application.

As a side note, I don't use the outline panel but it's still there for me.

It is by design that Vitis doesnt look different for you.